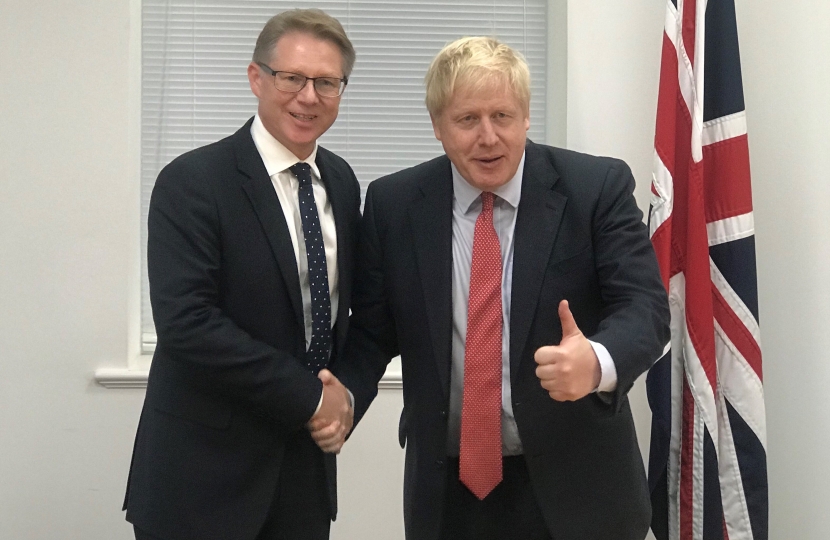 Unfortunately, due to the Election being called for the 12th December the budget pencilled in for the 6th November will not go ahead. This is particularly disappointing knowing that the funding discussions for the Eden Project were going extremely well and I was expecting that the Government funding for the project would be announced in the budget.

The project led by the Eden Project team from Cornwall can only become a reality in Morecambe if Government funding is secured. I have been working extremely hard with the Eden Project team to present our economic case to the Treasury. I secured the backing of Prime Minister Boris Johnson at the first meeting of the 1922 committee for the project to go ahead, and we also have support of the Northern Powerhouse Minister Jake Berry MP.

‘I’ve always been clear that Eden North would be an integral part Lancashire’s growing economy. David has done an excellent job putting forward a clear and compelling case for the project to come to Morecambe. I am completely committed to this project and I have asked officials in Government to work on a business case to secure the funding needed in the next Budget.’

The business case is extremely strong, for every one pound we invest in the project we will gain £4.20 back into the economy. I am looking forward to securing this project for our area in the next budget, as it will be a game changer for Morecambe.

Heysham in my constituency is the nearest mainland UK port to Northern Ireland. Does the Minister agree that my area could be a boomtown if we had a free port, as 10% of the north-west’s GDP comes in through our port, and it will be 20% once this withdrawal agreement has been finalised?

I congratulate my hon. Friend on his creativity in introducing that point, which I am sure will have been heard by the relevant Secretary of State. He raises an important point about the opportunity and need to talk up the UK economy and to talk up the opportunities to increase business and trade links across the UK internal market once we leave the EU.

I am pleased this week to have had confirmation from Network Rail that they are commencing regeneration work on Carnforth Station. I have been lobbying for some time for works to take place to give the station a facelift and I am pleased that Network Rail are now scoping works to improve the heritage canopy to remove any loose or dangerous material. They have also commissioned a survey into the cause of the subway flooding so that a plan can be put in place to fix it.

If you are a constituent and would like my help with an issue you can contact me either by email david@davidmorris.org.uk or by phone 01524 841225.