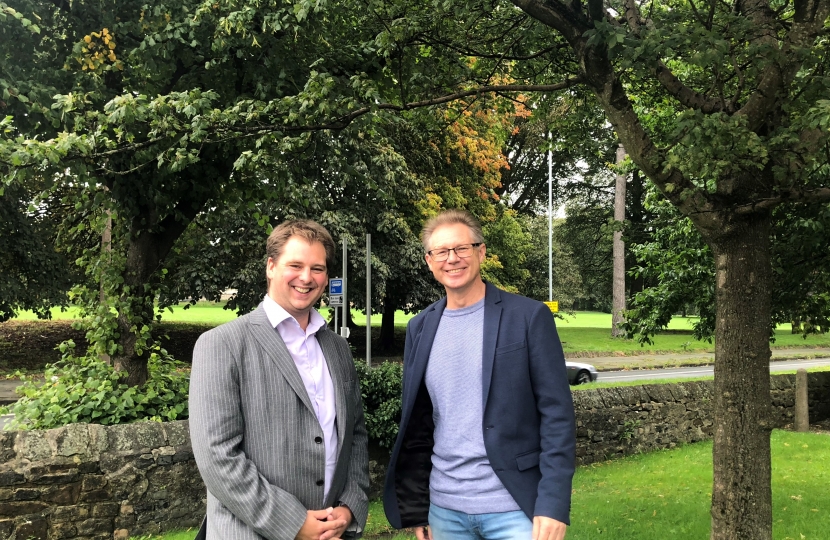 On Friday I was pleased to meet with Mark Whitelocks , Managing Director for Stagecoach North Lancashire and South Cumbria.

We were able to discuss the current bus services and I was pleased to hear that the new routes introduced 12 months ago have increased bus usage in the area. Not only that but I was delighted that Stagecoach have invested 3 million pounds in new greener buses on the 2x and 100 route which also have free WiFi and USB charging. We also discussed the Eden Project in Morecambe and the need for an increased service in the area as visitor numbers rise and the need for even greener buses in the future. It was interesting to hear some of the investment Stagecoach group are making into exploring new technologies.

This week the Government announced extra funding for schools with an extra £14 billion, meaning that next year, every school in every part of the country will see a real terms rise in per pupil funding. The cash boost will mean that every secondary school in Morecambe and Lunesdale will receive a minimum of £5,000 per pupil next year and every primary school will get a minimum of £4,000 per pupil from 2021-22, rising at least in line with inflation.

I am delighted that the cash boost will mean £700 million extra for children with Special Educational Needs and Disabilities (SEND), and an additional £400 million for further education and sixth form colleges.

This week as we return back to Parliament from the Constituency attentions have been turned again to Brexit, prorogation and delivering the result of the referendum. On Monday I published a piece on my website which goes into detail about my position on this issue but I thought it would be helpful to briefly highlight my views in this column. If you would like more details please go to my website.

In 2016 before the referendum I promised to support whatever view was the outcome of the referendum as I believed that it was your choice. Morecambe and Lunesdale voted to Leave, Lancaster District voted to Leave and so did the Country. I was re-elected on a manifesto in 2017 which committed us to leaving the European Union. I have always voted to ensure we deliver Brexit and I will continue to do so. To me manifesto commitments matter, I do not agree with the Opposition who promised to deliver Brexit in their manifesto but have done everything they can to stop it ever since. That’s not democracy in my view.

I believe leaving with a deal is the best option and I voted 3 times for Theresa May’s deal but I did not vote to take no deal off the table as this would be irresponsible in a negotiation. The ability to walk away is sometimes the only thing that makes a deal possible so we need to be prepared.

I will continue to support a deal if a new deal is agreed at the October EU Summit but I will be prepared to support no deal if we are not able to pass a deal. All of those who want to stop no deal in Parliament on the opposition benches and who didn’t vote for the deal when it was brought are really saying they just want no Brexit. This is totally unacceptable. I am committed to making sure we leave the European Union.

If you are a constituent and would like my help with an issue then please do not hesitate to contact me. You can do so either by email David.morris.mp@parliament.uk or by phone 01524 841225.