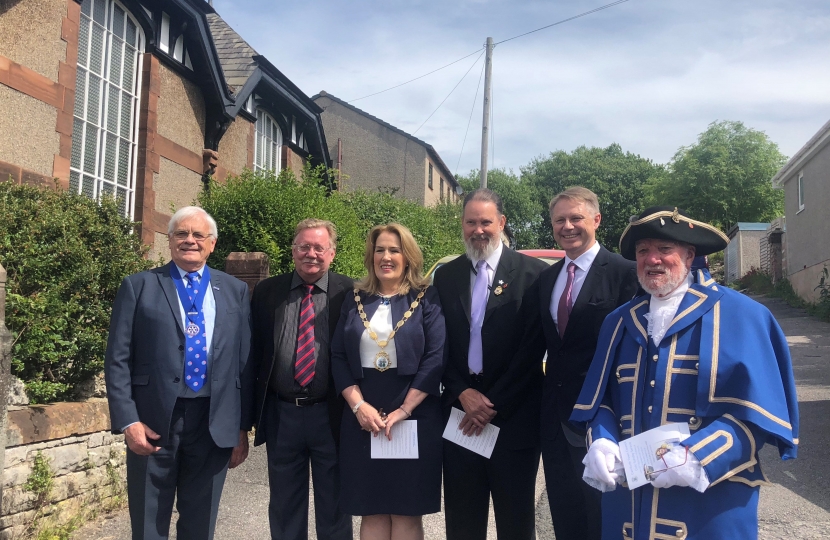 I am proud that Jeremy Hunt has made it to the final two, I think his business background make him the perfect person to deliver Brexit, as we absolutely need someone who has negotiation skills in their blood. Jeremy also has some exciting plans to kick start the economy after we leave, one of his ideas is to cut corporation tax to 12.5% to attract big business to the UK, but also to scrap business rates for our smallest traders to boost the high street.

Hustings for Conservative Members will be being held all across the Country in the Coming weeks I attended the first hustings for the Conservative Membership in Birmingham on Saturday, which was televised. At the husting Jeremy Hunt said how proud he was of all the staff at the University Hospitals of Morecambe Bay NHS Trust for all their hard work turning the trust around following the issues we had. I know how fantastic our NHS staff are locally and it was brilliant to hear recognition for them on a national platform.

Last week Boris Johnson announced that he would raise the threshold for higher rate tax earners. I was concerned that this policy would not help my constituent’s and would help the richest. I asked the House of Commons Library to find out how much this policy would cost. The told me this idea would leave a £10 billion pound whole in the economy and would only help 1 in 7 tax payers. This is absolutely not the correct way to be spending such a huge sum of money, I would not support this proposal.

On Friday I visited the Bay Medical Group team at their West End site, to hear about some of the new initiatives they are putting in place to ensure good practice. What struck me from the visit is the team spirit at the practice and how much everyone seemed to be dedicated to and enjoy their job. I was given a full tour of the building and saw the home visits team, the Clinical Pharmacist, the scheduling team and the patient Advisers who answer the calls that come into the practice, I then met with some of the GP’s to discuss the whole patient experience. It was great to see that when our GP’s are facing greater demand from an aging population that our teams locally are changing the way they deliver the service and ensuing that each patient is getting the best experience possible.

If you are a Constituent and would like my help with an issue you can contact me either by email david.morris.mp@parliament.uk or by phone 01524 841225. Please make sure you include your full postal address.