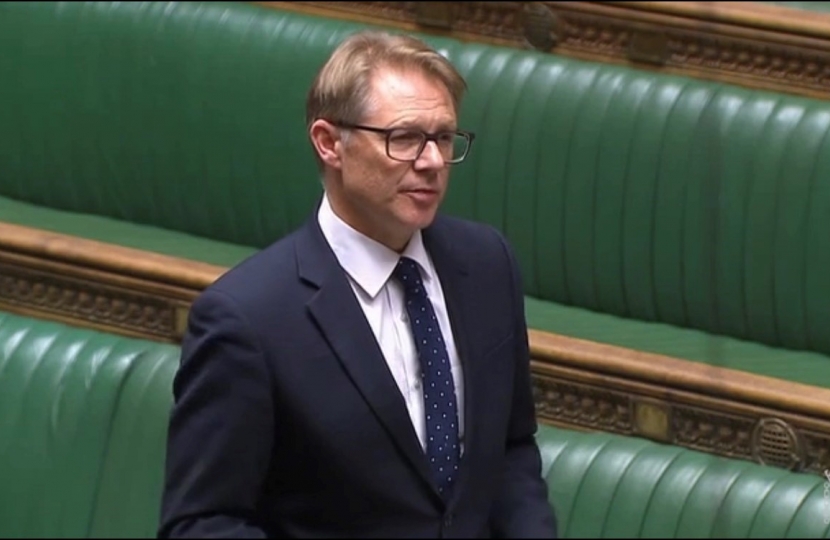 This week was an important week for the Eden Project Morecambe in Parliament. On Monday Chief Executive David Harland came with me to Number 11 to meet the Chancellor to press the case for funding and then on Thursday I secured an Adjournment debate on the Economic case for the Eden North Project in Morecambe.

‘Local funding partners, the county council, Lancashire local enterprise partnership, the city council and Lancaster University are leading investment, with the involvement of Lancaster and Morecambe College to train a future workforce for the future in green initiatives in the Morecambe and Lancaster area. Stakeholder progress is well under way: I can exclusively confirm that the city council and all the other stakeholders that I mentioned are now in agreement and that the process for releasing the land required for building, along with further millions in funding to Eden, will begin when the proposal to the Treasury is taken forward. On that condition, part-funding will come forward from Eden and from central Government, and the land can then be released. The land allocation is welcomed by Eden, in line with what has been reflected in public consultations with it. Indeed, responses to my own survey are still arriving in my office, reinforcing the fact that thousands of people locally and throughout our Lancaster and Morecambe area would like to see the Eden Project become a reality.

The imminent Budget provides the opportunity for a signal that further demonstrates, on top of the £100,000 in the last Budget, the Government’s commitment to this game-changing project. I have had repeated meetings with the CEO of Eden, David Harland, and with the Chancellor; further meetings with the Treasury are ongoing. Lancashire and Eden will collectively lead, but the Government’s commitment is now vital to create a genuinely transformational project for my area’

Summing up the debate Minister Jake Berry MP was extremely supportive of the Eden Project North and said:

‘I end with a quote from Morecambe’s most famous son—after my hon. Friend the Member for Morecambe and Lunesdale, of course, so Morecambe’s second-most famous son, Eric Morecambe. This is the approach we need to take to the cocktail of funding that we are going to blend. He famously said:

“I’m playing all the right notes. But not necessarily in the right order.”

I hope that we will get all the right money, albeit not necessarily in the right order. Let us work together to make sure that this happens.’

The full text of the debate is available on Hansard and you can find the link to the debate on my social media accounts. I will keep you updated in the coming weeks of the progress made in our discussions with Government. The Eden Project will only happen with Government investment and I am confident I can secure the funding to ensure the project goes ahead.

Against the odds the Prime Minister managed to renegotiate a Brexit deal with the European Union. As there was an amendment passed on Saturday, which I did not vote for, the Government pulled the final vote as amended it would not count as a vote on the final deal. I am supporting the Prime Minister and will be backing his deal when it comes through Parliament. I will be voting to support the Withdrawal Bill this week when it returns to Parliament and will continue to use my vote in Parliament to honour the result of the referendum and ensure that we leave the European Union.