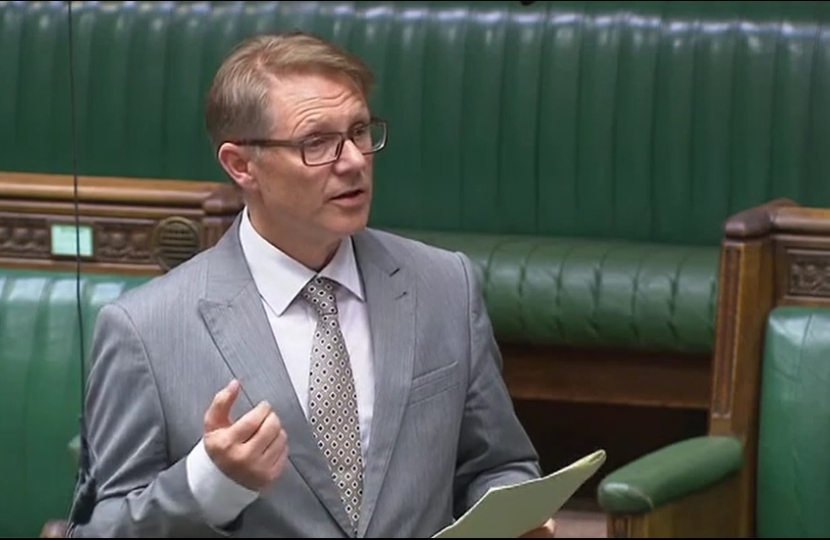 This week we commemorated the 75th Anniversary of the D Day landings. I am sure you will all join me in thanking the veterans who did so much to protect us and our freedom. It is vitally important that we still remember what was a huge sacrifice made by the service personnel on D- Day. I was really proud to read the story of our local hero’s Jack Bracewell and Jack Russell, both from Morecambe, and Philip Broomhead, who lives in Heysham. Their part in the landings earned them the Legion d’Honneur, France’s highest military honour. Their bravery must always be remembered.

This week in Parliament I secured an Adjournment Debate on the topic of the Eden Projects plans for Morecambe and the economic benefits it will bring to the area. The main aim of the debate was to raise awareness of the project but also to gain the support of the Tourism Minister for the project ahead of the Government Funding ask. I am working hard to gain support from Minister for the idea so that when the financial proposal goes into Government I can lobby to ensure the money is allocated to our area. This project will not go ahead if I am not able to secure Government Funding.

During the Debate I said:

‘My constituency is beautiful—as the House knows, I am very proud of it. Morecambe is on the up, and has been for the past 10 years. Regeneration by this Government has fuelled a lot of miracles in Morecambe, but I am here in the Chamber looking for help. Help me to help my community, which deserves this. Help me to secure the jewel of prosperity that is Eden, to be fitted rightly back into the crown of the north-west that is my beautiful constituency, and my home: Morecambe.’

During the debate Minister Pow references the success we have already had by gaining the Chancellors backing in the budget for the feasibility stage and getting the backing of the Northern Powerhouse Minister. In her concluding remarks the Tourism Minister Rebecca Pow said:

‘In a world where environmental issues and awareness and sustainability are now rising right up the agenda, the ethos of the Eden Project is going absolutely in the right direction. There is so much to build on using nature and wildlife and all the benefits people get from that and I think my hon friend said he would like to see people being part of nature, which I thought was a very good way of putting it. In that it could be built into the project and get so many benefits.

And his references and ambitions in terms of increasing education, productivity benefiting the coastal area and all of those things that a project like this brings are highly commendable.

I obviously cant influence it actually coming to fruition but this is absolutely the right place to raise it and I thank him for doing that. I absolutely wish him very well in his endeavours and I do look forward to hearing how it is going to progress.’

“We’re grateful for the continued support from David Morris MP for Eden Project North and thank him for his comments in the House of Commons today. We’re also pleased to hear the positive response from Rebecca Pow MP and are hopeful for further support from the Government. We’re confident that Eden Project North will bring environmental, social and economic benefits to Morecambe and the surrounding region.”