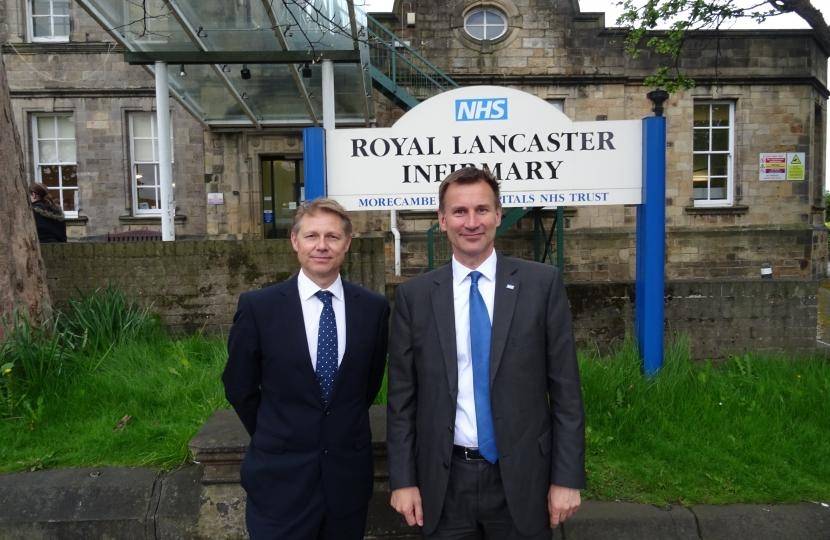 In December ITV Granada aired a report about poverty in our community. Statements have been made about poverty and rickets in Morecambe as a result of television interviews with a number of organisations in our District. These appear to have caused some misunderstanding and public concern. One of the most worrying claims that the show made was that there was poverty related rickets being diagnosed in Morecambe. After a full investigation of the facts I can tell you that this is categorically not true.

People were rightly concerned about these claims and I was contacted by a number of you who were concerned about what this meant for the health of our community. In some cases a misunderstanding of the condition has caused confusion in our area that we were facing an epidemic of rickets, in fact we were not. There are cases of Vitamin D deficiency in our area, but this is in decline and is not caused by poverty.

I asked NHS England to investigate the facts being claimed by the programme and their investigation stated that the doctor was edited. They state that the doctor did ‘did not appreciate how a taped interview can be edited to sensationalise it’.

I am obviously extremely concerned that Granada was able to use this footage to scare my constituents into thinking that there were serious health concerns in the community. And misunderstanding of the nature of the illness has caused worry about public health in general. I therefore asked NHS England and the Department of Health to investigate and also locally asked the Director of Public Health and Wellbeing for Lancashire and the North Lancashire Clinical Commissioning group to investigate.

Dr. Sakthi Karunanithi, Director of Public Health and Wellbeing for Lancashire said “Vitamin D deficiency is an issue in our population based primarily on low level of exposure to sunlight. Our data shows that Vitamin D deficiency has been rising since 2012/13 with a peak in 2015/16 but has begun to decline again. ‘

I hope that these statements from our public health and medical professionals both locally and nationally by NHS England reassure our community that there are no cases of rickets caused by poverty.

I would like to thank the North Lancashire Clinical Commissioning Group for their thorough investigation into this matter and their commitment to ensuring that our community have the correct facts regarding health in our area. North Lancashire Clinical Commissioning Group have also put an update on their website in addition to the statement I have provided you.