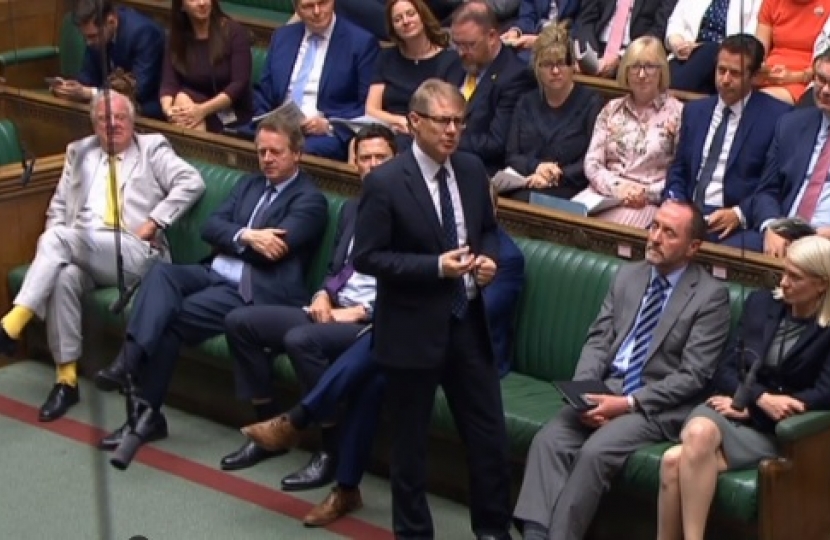 During Prime Ministers Questions earlier today David Morris MP used his first question of this Parliament to press ahead for Government funding for the Eden Project in Morecambe.

‘Mr Speaker, you being a northern MP like myself would welcome the news that there is going to be more money spent in the North of England.

‘I wanted to use the first PMQ’s of the Parliament to put Morecambe and our Eden Project on the top of the Prime Minister’s agenda. The Prime Minister has now committed to the Project saying that thanks to the Chancellor Eden is very likely to happen. It is a fantastic position for us to be in ahead of the budget scheduled for 11th March, and I know the team at Eden are really pleased with the PM’s words today’