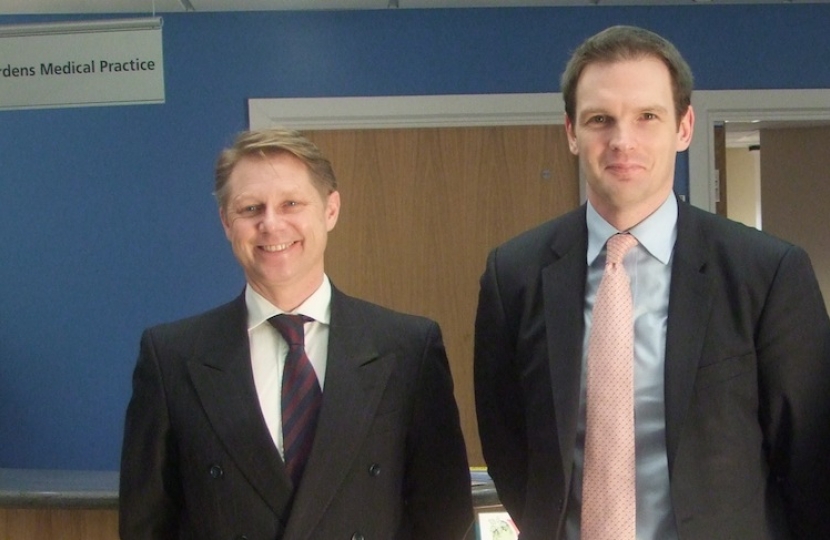 The Parliamentary Under Secretary of State for Health Dr. Dan Poulter has today reassured Morecambe & Lunesdale constituents that there are no plans and never have been any plans to close the Accident and Emergency Department at the Royal Lancaster Infirmary.

The reassurance came from Dr. Poulter after Mr. Morris received a number of letters from constituents who were concerned that the A&E Department would close.

Speaking at a debate in Westminster Hall in February 2013, David Morris MP said:

“For some weeks, the local press has been awash with allegations about both maternity and accident and emergency services at our NHS trust. I am concerned not about services changing but about the scare stories surrounding the matter. I have a letter from the chief executive of the trust that confirms that it will not shut the A and E at Royal Lancaster infirmary. “

“However, a concerted Labour campaign has been mounted by local party members who actually work in the NHS to make people believe that the A and E is likely to close. The campaign involves press briefings, an online petition, a Facebook group and even people walking round the centre of Morecambe with clipboards inviting people to join.”

“I would like to assure my Honorable friend that there are no plans and never have been any plans to close the accident and emergency department at Royal Lancaster Infirmary.”

Speaking from his office in Westminster, David Morris said:

“I am pleased with the robust response from Dr. Dan, I think it is imperative that people are assured that A&E provisions will remain open at the Royal Lancaster Infirmary and I would ask those who have been scaremongering to stop it straight away as the A&E will not be closing.”