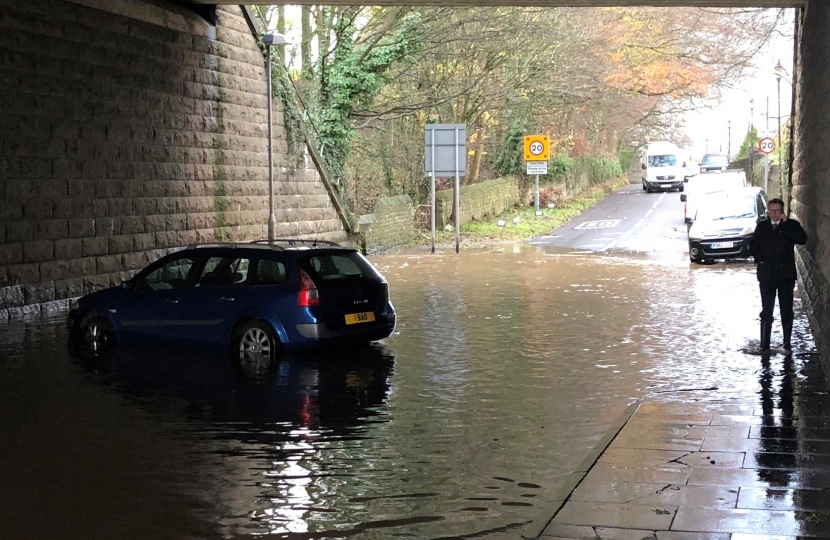 This morning I have spoken to the Head of Regeneration and Planning at Lancaster City Council about the concerns raised about additional house building in Halton and the impact on further flooding. Mr Dobson has reassured me that as we currently don’t have a local plan in place then applications can be forthcoming in any areas but that the flood risk management that has to be put in place has to be very stringent indeed before a full planning application, can be accepted.

Regarding the local plan work has already taken place to include a flood risk strategy in this plan and this is currently being updated following the recent flooding and should be available before the local plan goes for independent examination.

I have also tabled a parliamentary question today which flags Morecambe and Lunesdale a potential area where flood defence money could be spent. This does however rest on the Environment Agency and the Local Councils making an application to the Council. I have written to the Environment Agency to see if they can come up with a scheme for Halton and will be pressing them to ensure they put an application in to Government.

£76 million pounds extra has been announced in the recent budget last week, for flood defences, so money is available if it is needed. I want to make sure that the bodies get round a table as a matter of urgency as in the aftermath of Storm Desmond in 2015 , unnecessary delays in putting together an application meant that Lancaster missed the deadline and did not receive funding for flood defences, and only received money for a feasibility study.