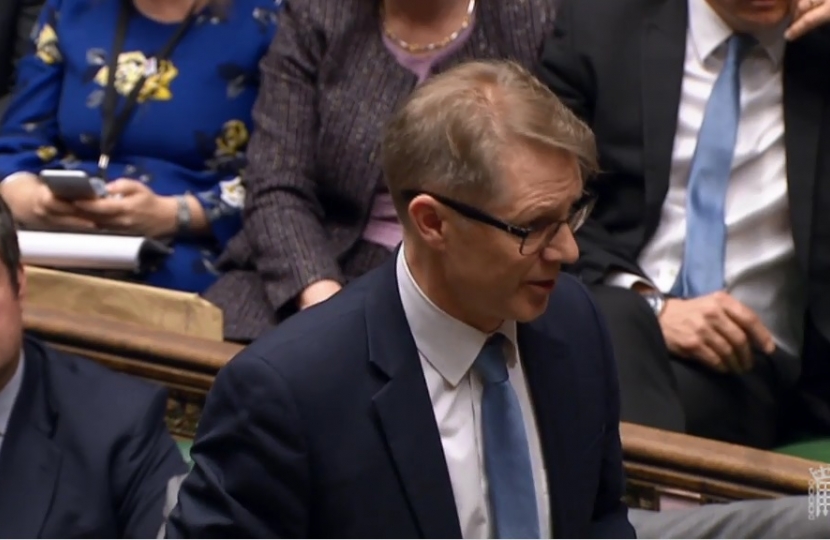 With COP26 imminent, I would like to draw the Prime Minister’s attention to the good work that is being done in Morecambe on the Eden Project. Wes Johnson at Morecambe and Lancaster College has put forward a programme to teach youngsters in Morecambe the international Eden ethos, in order to, shall we say, propagate the goodwill around the world. I would like to invite the Prime Minister to come to the Morecambe riviera to see the Eden Project site at his earliest convenience.

The Prime Minister said in response:

I am delighted to respond in the affirmative to my hon. Friend, because the last time he asked me about this it was to ensure that we got an Eden Project in Morecambe. It sounds from what he is saying that we are making progress in that direction, and that is thrilling.

The Eden Project in Morecambe is our flagship project and I wanted to make sure that Eden continues to be on the Prime Minister’s radar especially as COP26 is around the corner and the environment is at the top of everyone’s agenda. The Eden Project would be a brilliant legacy for COP26 and I wanted to ensure that the Prime Minister had Eden high on his agenda before he set off for the summit.

The work for Government funding continue apace in Westminster with a number of extremely productive high profile meetings taking place with both Number 10 officials and the Department for Levelling Up, Housing and Communities. With the planning application now being considered by Lancaster City Council, a positive decision on planning  will allow me to unlock funding with central Government, and I look forward to the outcome of the planning application.