David Morris MP visits a refugee camp near the Syrian Border in Turkey. 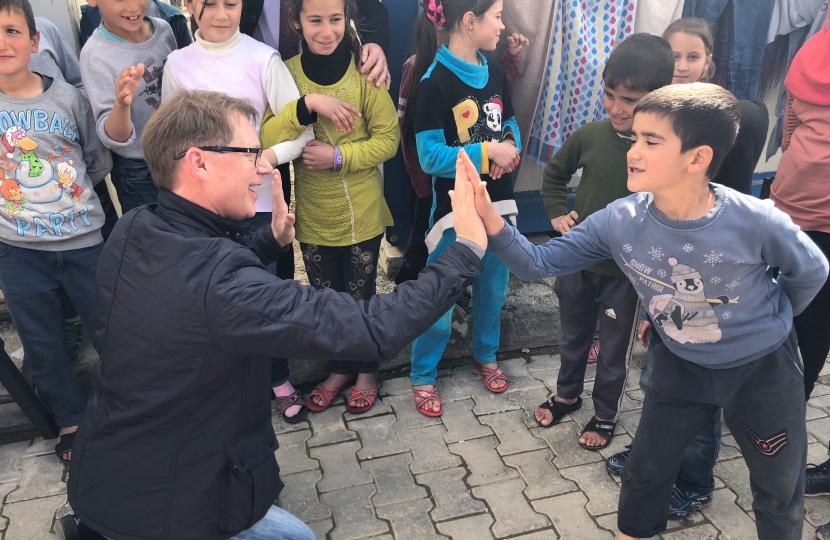 During a post Brexit trade visit to Turkey at the weekend David Morris MP visited a refugee camp near the Syrian Border. This camp was opened in 2013 and currently 9500 adults and children live there. The camp is a large one at 500,000 square meters large and provides education, health and skills training for the refuges who live there.

‘It was a thoroughly interesting visit to the refugee camp in Turkey and I learnt a great deal about Turkey’s commitment to housing refugees. What we were told and something I don’t think we appreciate in the UK which is that during the period of the Ottoman Empire Syria and Turkey were effectively in the same Country. This means that the Turkish people see the Syrian Refugees as their brothers and sisters and are therefore happy to help them in their time of need.

From speaking to people in the camp it was clear that the majority are not interested in settling fully in another Country more that they want to be safe in the meantime and hope to go back to Syria when the war is over. The officials at the camp help refugees who want to make applications for permanent residency in either Turkey or other nations but this was very much the minority the majority were happy in the camp and wanted to eventually be able to return home to Syria.

The children in the camp were happy healthy and well cared for, and I was impressed with the work undertaken by the Turkish Government to set up and run this camp.’