David Morris MP: Revised Boundary Proposals go against the democratic will of the people in Morecambe and Lunesdale 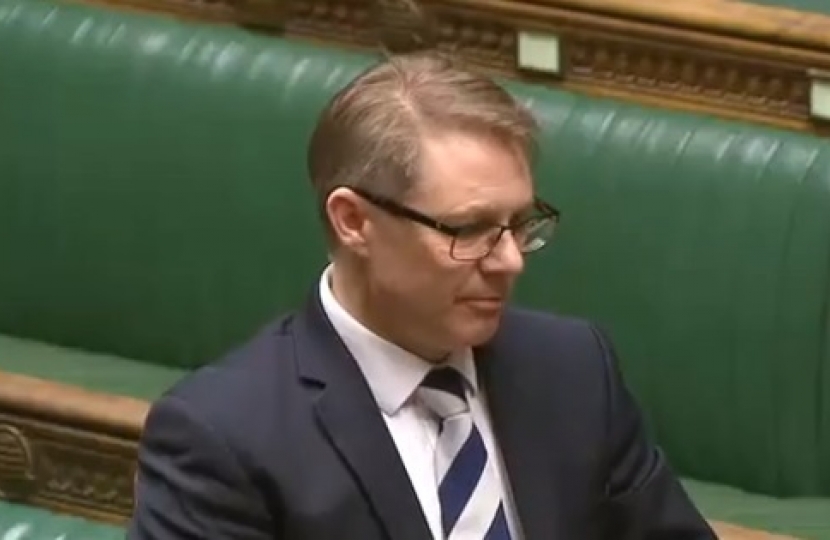 Today at 00.01 the Boundary Commission published their revised proposals for the Parliamentary Constituency Boundary’s and retain their initial proposals for a Morecambe and Lancaster and a North Lancashire seat. These proposals are subject to a further 8 week consultation (17th October till 11th December) and once finalised they will be subject to a vote in the House.

The decision by the Boundary Commission not to change their initial proposals goes against the democratic will of the people of Morecambe and Lunesdale who overwhelmingly opposed these proposals. In Morecambe and Lunesdale a national record of 6194 people responded to the first and second stage of the consultations and 96.16% of these people were opposed to Morecambe and Lancaster being merged and to the vast rural North Lancashire seat.

In section 3.47 of the revised report the Commission acknowledged that people who live in Morecambe feel very strongly that they do not want to be in the same seat as Lancaster. It said:

In regard to the proposed Lancaster and Morecambe Constituency, they noted that respondents located in Lancaster were broadly supportive of the initial proposals, whilst respondents located in Morecambe were opposed to them. [The Assistant Commissioners] empathised with the strong sense of identity that was illustrated in many representations from those located in Morecambe and the genuinely held concerns regarding the focus of Lancaster County Council {mistake contained in the Boundary Commission text}

‘Along with my constituents who responded to this consultation I am appalled and outraged that the Boundary Commission have blatantly ignored the will of the people in my area. This was not only an overwhelming majority of 96.1% of people who did not want these proposals but this was a record number of submissions ever in these kinds of consultations.

The report itself acknowledges the views of the people of Morecambe but preferences the almost minute in comparison number of Lancaster residents who agreed with the proposals. The report does not even reference the large number of people in Carnforth and the Valley who did not want to be lumped in with the rest of North Lancashire in what they admit is a huge rural Constituency.

For this proposal to go through it has to go through a vote in the House, this vote is looking less and less likely that it will go through but I am today pledging to my Constituents that as their democratically elected representative I will not ignore their voice and ensure I vote against these proposals when they come to the House to preserve our Community.’