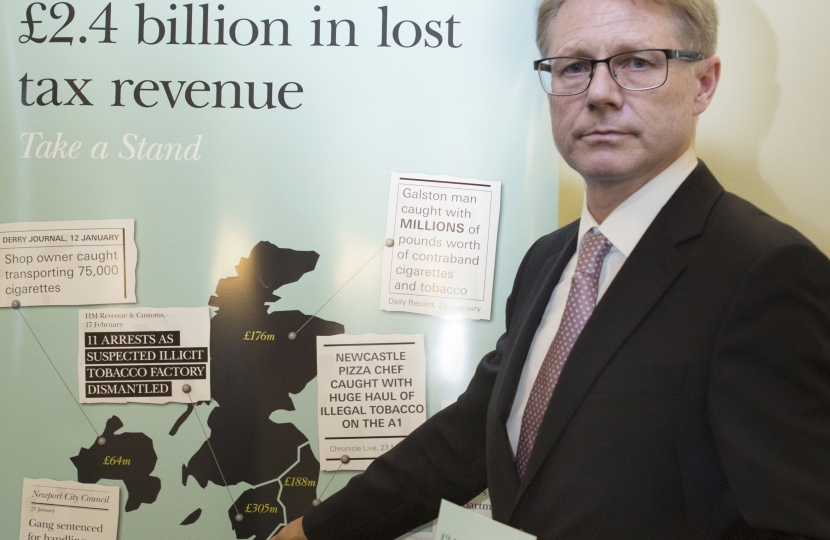 David Morris MP hosted an event in Parliament to help MPs from all parties learn about the illegal trade in tobacco.

According to HMRC, 13% of cigarettes and 32% of hand rolling tobacco were smuggled into the UK in 2015/16, which costs over £2.4 billion in tax revenue. Since 2000/1, total revenue lost to tobacco smuggling has been £41 billion, more than the UK Government is spending on housing and the environment this year.[1]

Undercover operations carried out by JTI across the UK have found that illegal cigarettes are on sale from as little as £2.50 a pack or £3.00 a pouch (50g) for hand-rolling tobacco.

“Illegal tobacco sales represented a significant loss of tax revenue – £305 million in the North West alone in 2015/16. But this isn’t just a financial issue. The trade in illegal tobacco is linked to many forms of serious and organised crime, and even terrorism.

“I was shocked to learn that criminals are now selling illegal tobacco via social media. These criminals seriously undermine our communities, honest retailers and efforts to prevent children from having access to tobacco products.’