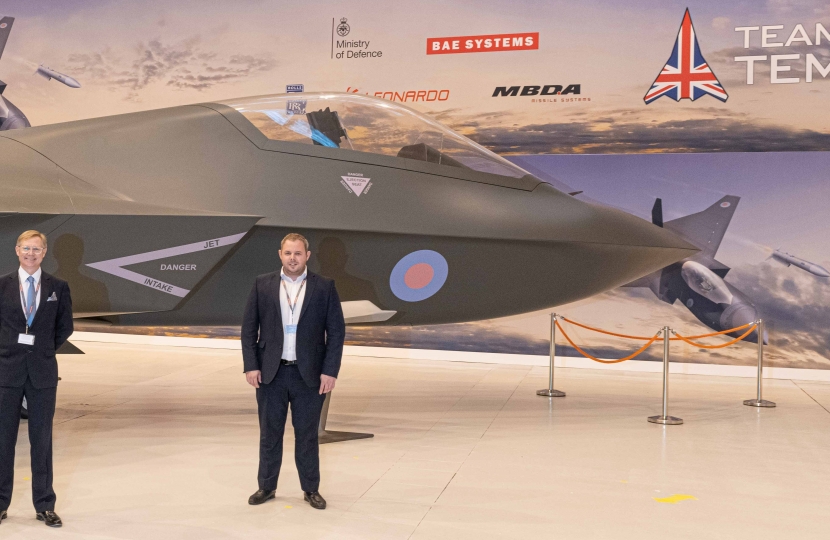 Lancashire MPs recently visited both BAE Systems facilities in Samlesbury and Warton to learn more about the company’s contribution to the County.

David Morris MP, chairman of the Lancashire All Party Parliamentary Group, led the delegation and said: “We know that BAE Systems is critically important to the economic and social health of our County, but we went to learn more about how they impact on exports, the balance of trade, and their role in community engagement.

David continued: “During our visit we learnt a lot about the various products and services they provide, their role in the UK economy and their plans for the future. We were particularly impressed with their training, apprenticeship, and lifelong learning programmes – the investment in skills is second to none and that’s a big plus for Lancashire. The jobs that are sustained, not just on these two sites, but throughout the supply chain in the North West and beyond, means they have a very positive economic impact.

“We were also pleased to learn more about the Tempest combat aircraft, which is currently under development for the British Royal Air Force and other European partners.”

David concluded: “We are impressed by the impact that BAE Systems has in Lancashire, and we celebrate the contribution BAE Systems makes to our County.”

Photo: David Morris MP (Chairman of Lancashire All Party Parliamentary Group) and Antony Higginbotham MP, at the BAE Systems Warton site, with a prototype of the Tempest combat aircraft.