Carnforth Bid for the Great British Railways: Case made in Parliament. 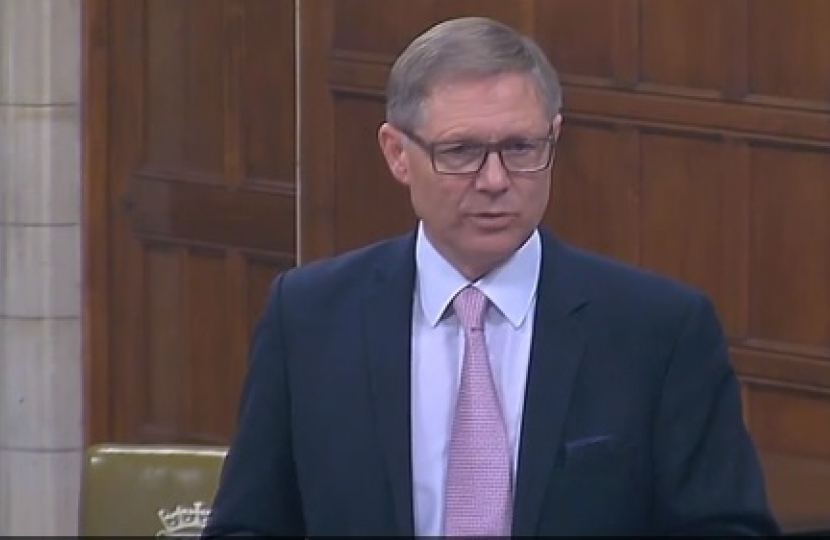 On Tuesday (8th March) David Morris MP hosted a debate in Westminster Hall to out on record the case for Carnforth to be the new HQ for Great British Railways.

The competition to host the new HQ for Great British Rail is currently open for its first round where areas are being invited to bid for why their area should host the new Head Quarters. The initial application process will close on the 16th March and a shortlist will then be drawn up and a public competition launched to choose the winner.

This is a competition and, in that spirit, I want to put on the record why I think it should be Carnforth.

The location and geographical area of Carnforth means it is centrally placed in the UK, connecting north, south, east and west by rail. The community has facilities to host the new headquarters, such as hotels, and direct access to the city of Lancaster and to Morecambe, which is soon to be the home of the prestigious Eden Project. I am involved in developing this application with Carnforth Town Council, Lancaster City Council, Lancashire County Council, which is assisting with information, Carnforth & District chamber of trade, Lancaster Civic Vision, the whole community, cross-party, of the Lancaster district, and the great people of Carnforth and the surrounding area. A special mention must be given to David Morgan and his team at Lancaster Civic Vision for compiling a petition of more than 500 names so far from all over the Lancaster district. As I said, all the political parties endorse this and the campaign has unanimous support on Lancaster City Council. It was confirmed to me this morning that the council will submit a formal bid.

The bid which is being submitted by Lancaster City Council has received full cross-party support recently and Cat Smith MP for Lancaster and Fleetwood was also present for the debate to ensure Labour’s support for the bid was also on the record. During an intervention Cat Smith MP said:

I thank my hon. friend and neighbour for giving way. I want to put on the record how the bid by Lancaster City Council is cross-party and unanimous. We both represent parts of the Lancaster City Council district. The leader of that council is a Green party councillor and we have all come together to make a bid for the north of Lancashire. If levelling up is to mean anything, does he agree that we cannot just see bids to Government coming from the big cities; we also need them to come from towns such as Carnforth? If Lancashire were to get it, would it not be a shame if it were to go to Preston, for example, ahead of Carnforth? Does he agree that Carnforth has a much stronger bid in the county than Preston?

To conclude, Carnforth exists because of the railways. Carnforth is steeped in railway connectivity and heritage, and is known the world over as Steamtown. Carnforth hosts the last complete steam railway depot, which is crying out for new life to be injected into its many listed historic structures. The site is now occupied by West Coast Railways, one of the UK’s largest heritage rail operators. The love of rail is in the DNA of Carnforth. Network Rail have depots and offices located close by, showing an established rail expertise, and further personnel and workforces will enhance the community’s heritage. As the Member for Lancaster and Fleetwood said, this is where the trains came to die, and it is now fitting that this regeneration scheme considers Carnforth as the place where the UK railway of the next century—at least—starts.

Minister of State for the Department for Transport Wendy Morton said about Carnforth:

As my hon. Friend has set out, Carnforth has a significant rail heritage. At its peak, Carnforth was a meeting point between three major railways, and it grew into an important railway town. My hon. Friend touched Toggle showing location of Column 62WHon the film “Brief Encounter.” When the English film director Sir David Lean was looking for a railway station to film the 1945 classic, it was no coincidence that Carnforth station became the backdrop for such a romantic movie. Today, the film is one of many attractions at the Carnforth Station Heritage Centre. In addition, Carnforth is the headquarters of West Coast Railways, which operates several regular steam trains, most notably the Jacobite, giving passengers the opportunity to travel on historic steam locomotives. For that reason alone, I know that Carnforth will continue to have an important role to play in our railways.

Carnforth has an extremely strong case to be the new headquarters for Great British Railways and the officers of Lancaster City Council are doing a fantastic job of putting our bid together. I have been working closely with Lancaster Civic Vision who have been spearheading this campaign and galvanising public support locally.

I am delighted that this campaign benefits from cross party support and I was pleased that Lancaster and Fleetwood MP Cat Smith was able to be present for the debate in Westminster Hall to show Ministers that everyone in our area is working together to support this bid.