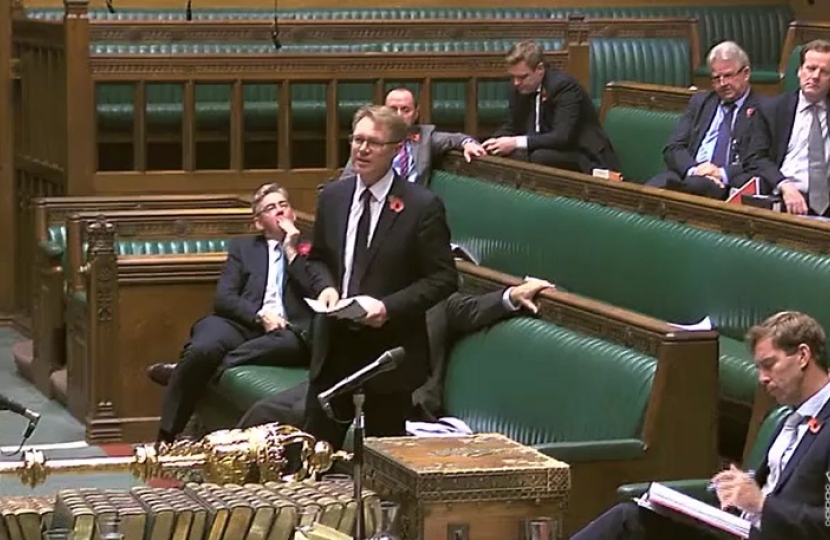 Morecambe has had more money given under this Conservative-led Government since 2010 than it has ever seen before. We have had delivered, by a Conservative-led Government and a Conservative county council, £130 million for a link road, £11 million for sea wall defences, £4 million recently for a bridge upgrade, and a collective package of upgrades to schools and NHS services that has tipped over into well over £1 billion-worth of spending in my area. That is not to be sniffed at, and it has been happening for years. Recently the Chancellor decided to award Morecambe £100,000 for a feasibility study for a new Eden project—Eden Project North—to be built there on a marine basis. That would be a huge game-changer for Morecambe. It would solve all the problems that Morecambe has, and there are very few of them left to go. This shows Government intention to invest in a seaside community that was on its uppers under a Labour Government.

My people in Morecambe are very proud of their town, and they are really happy about what this Government have done. We have 3.3 million more people in work. The UK economy has grown in 22 consecutive quarters since the great Labour recession. Some £7.2 billion has been given to first-time buyers through the Help to Buy equity loan scheme—that cannot be a bad thing—and 94,000 social housing tenants have been helped to buy their homes since 2010, which is more than in the Labour years.

There are more people in work and earning a living wage in Morecambe than Lancaster. Jobcentre workers told me recently that 87% of steady full-time jobs are now in Morecambe, compared with 72% in Lancaster. That was the other way around for many generations. We have had a port upgrade in Heysham, where I live, because the port accepts that Brexit is not a problem and that we will be getting more trade.

Universal credit was rolled out in Morecambe two years ago, and it has been very successful. Gary Knowles, the local Department for Work and Pensions manager, and his excellent team at the jobcentre have a very low percentage of problems, given the high demand from applicants who want to sign up for UC in the Morecambe area. The minimum income floor does not apply for a 12-month period under UC, and that now applies to the self-employed. As a former self-employed man, I should know what that means. The Government have given an additional £1.7 billion to increase the work allowance by £1,000 a year, which will mean an extra £630 per year for 2 million households.

I turn to the high street, and at this point I have to refer to my interest: I used to be a shopkeeper. Shops have always been sprouting up out of town, and there is a reason for that—the shops in town centres are too small for the capacity of businesses. However, niche businesses do flourish there. This Government have looked at that and lowered the rates so that shops can flourish. Again, that cannot be a bad thing.

My contribution to the budget debate last week can be viewed here: https://goo.gl/3sMp92